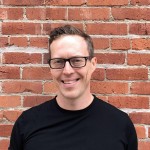 Udacity | Gil Akos, and his Nanodegree-powered path to co-founding Astra

Gil Akos knew the idea was a good one. He knew the product was something the world needed. But he didn’t have the skills yet to make it a reality. Four Nanodegree programs later, and Astra is live!
Udacity

Gil Akos had an incredible idea for a new app. He wanted to empower individuals to make better decisions about their money through the power of technology. Gil believed that through smart financial modeling, based on deep learning, he could give people the power to make smarter moves with their money.

There was just one problem. Gil’s background was in architecture, not artificial intelligence. While his self-taught programming experience could get him so far, he lacked the skills to turn his app into reality. So Gil set out to master the skills and tools he needed. He found Udacity, and enrolled in the Machine Learning Engineer Nanodegree program. Now, two years later, his new iOS app—Astra—has officially launched, and Gil has graduated from four (and a half!) Nanodegree programs that he took to learn the skills he needed to bring his app idea to life.

We spoke to Gil to hear about his story.

Read more of this feature from our partners at Udacity.

Receive a text with a link to download Astra

Enter your mobile phone number and receive a text with a link to download Astra.